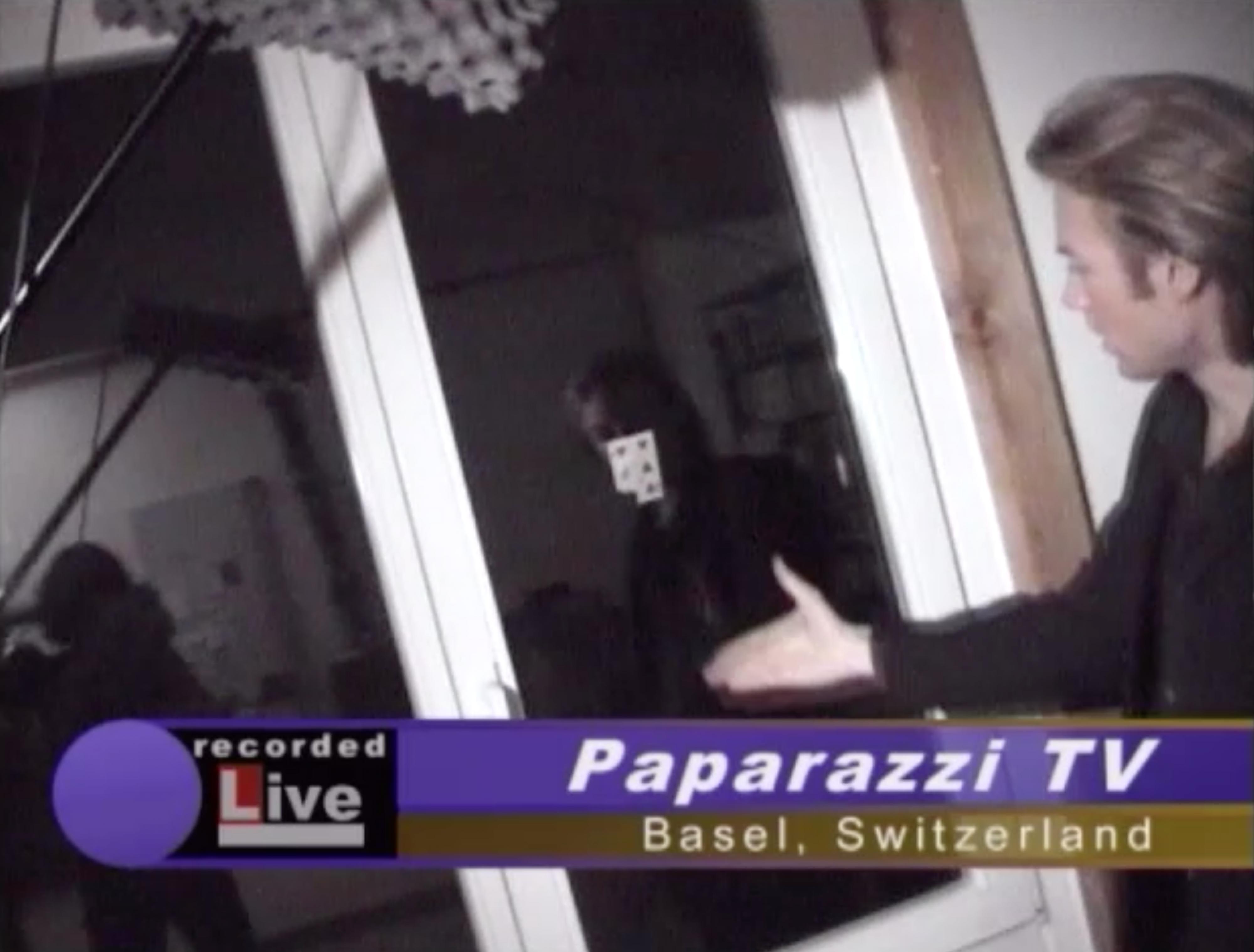 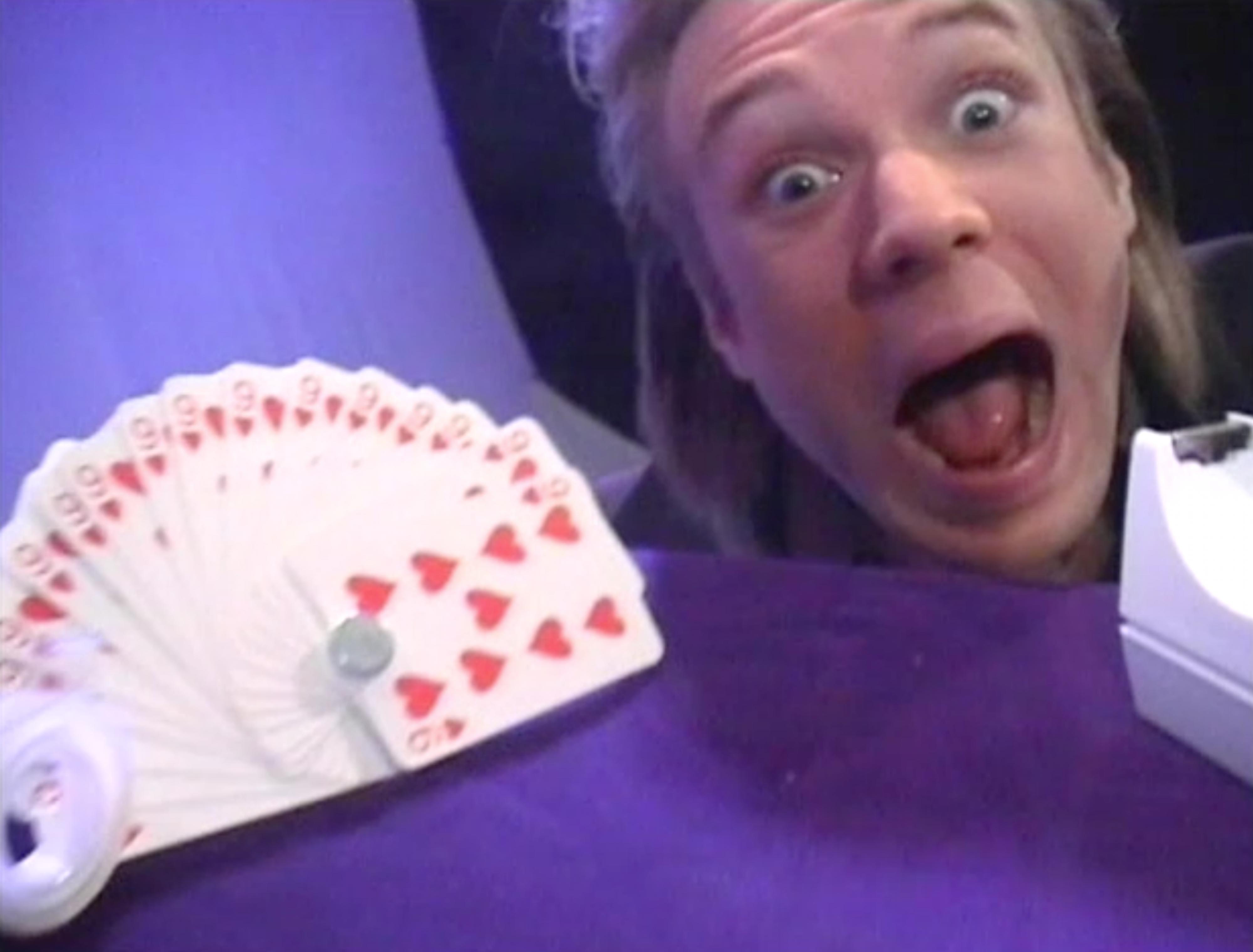 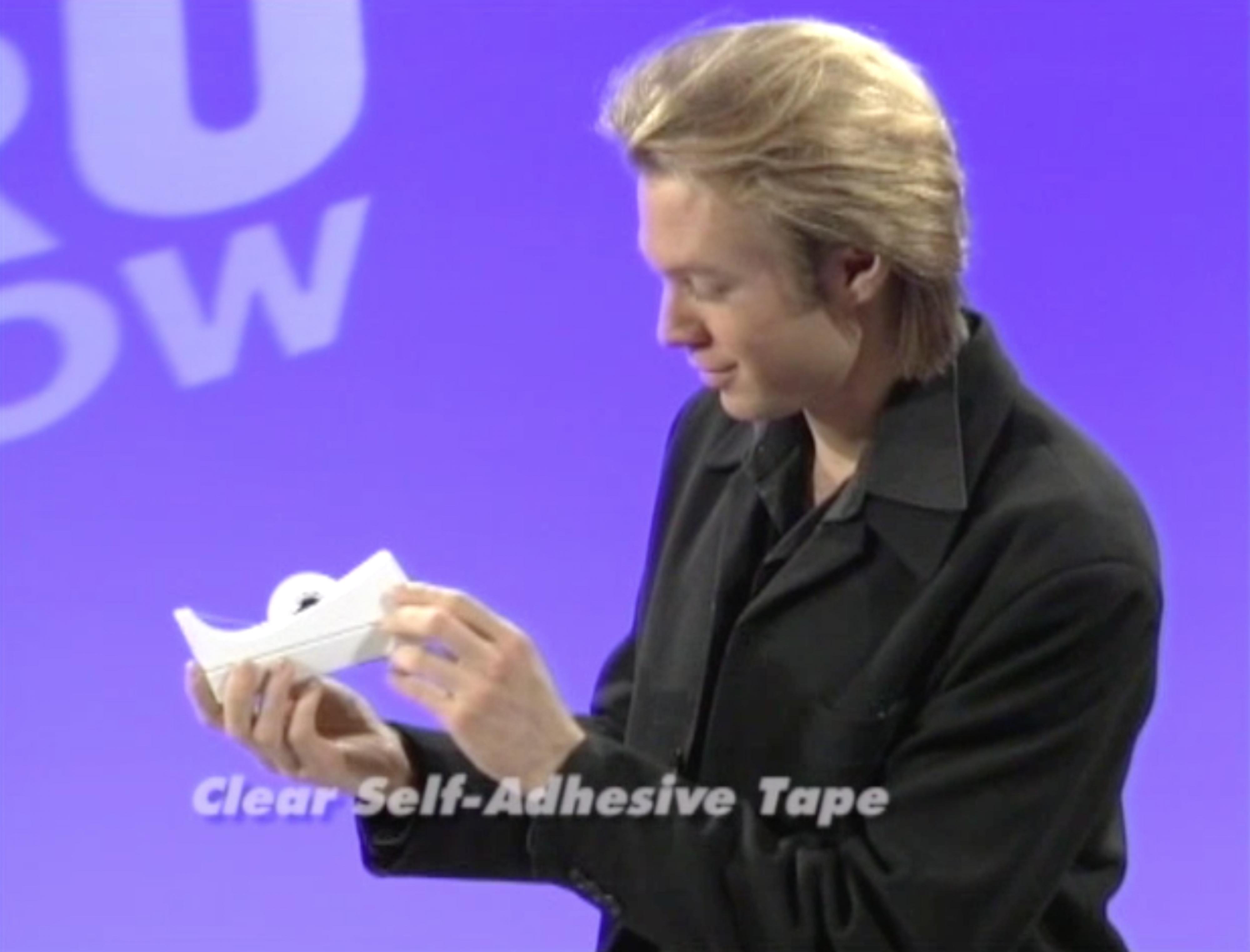 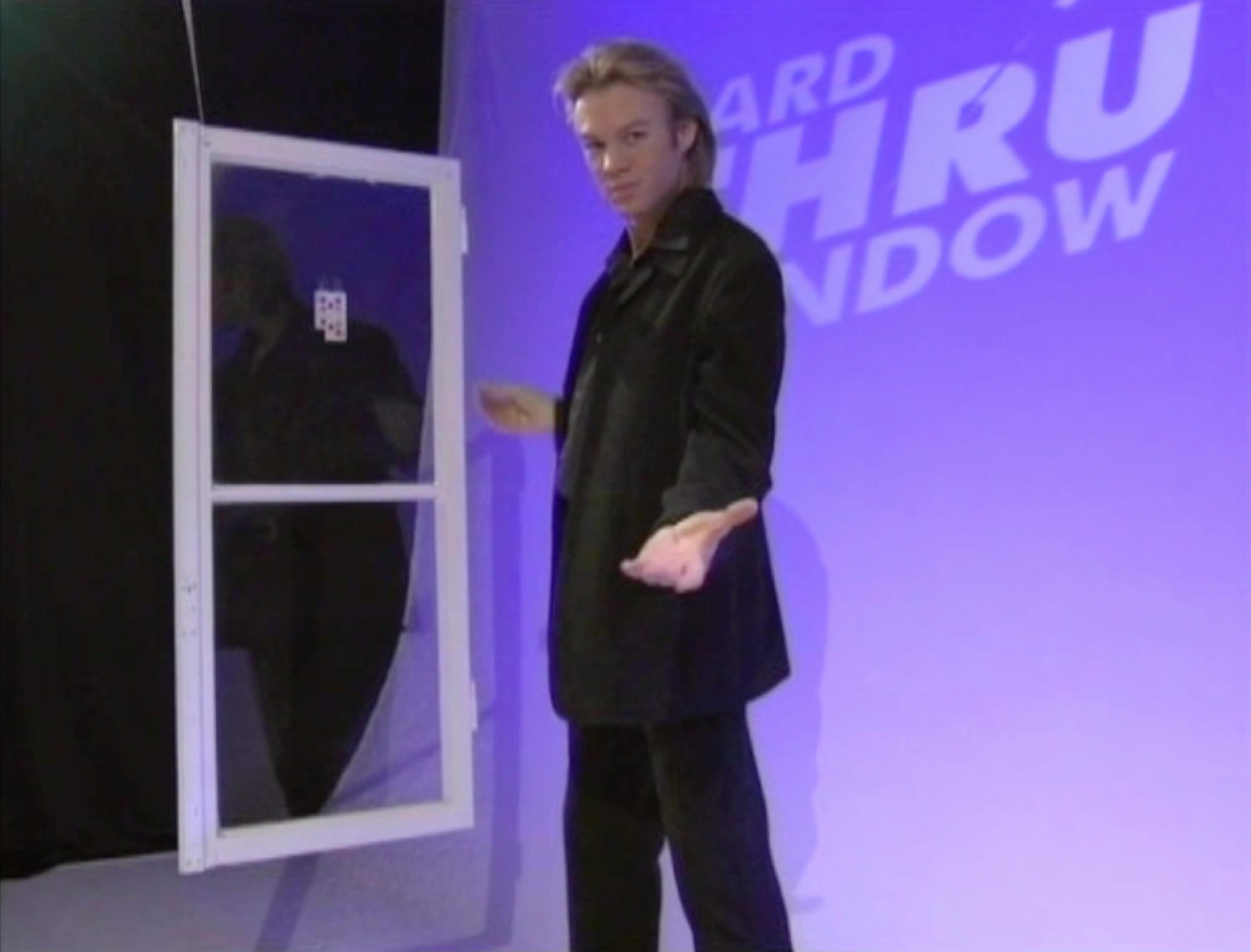 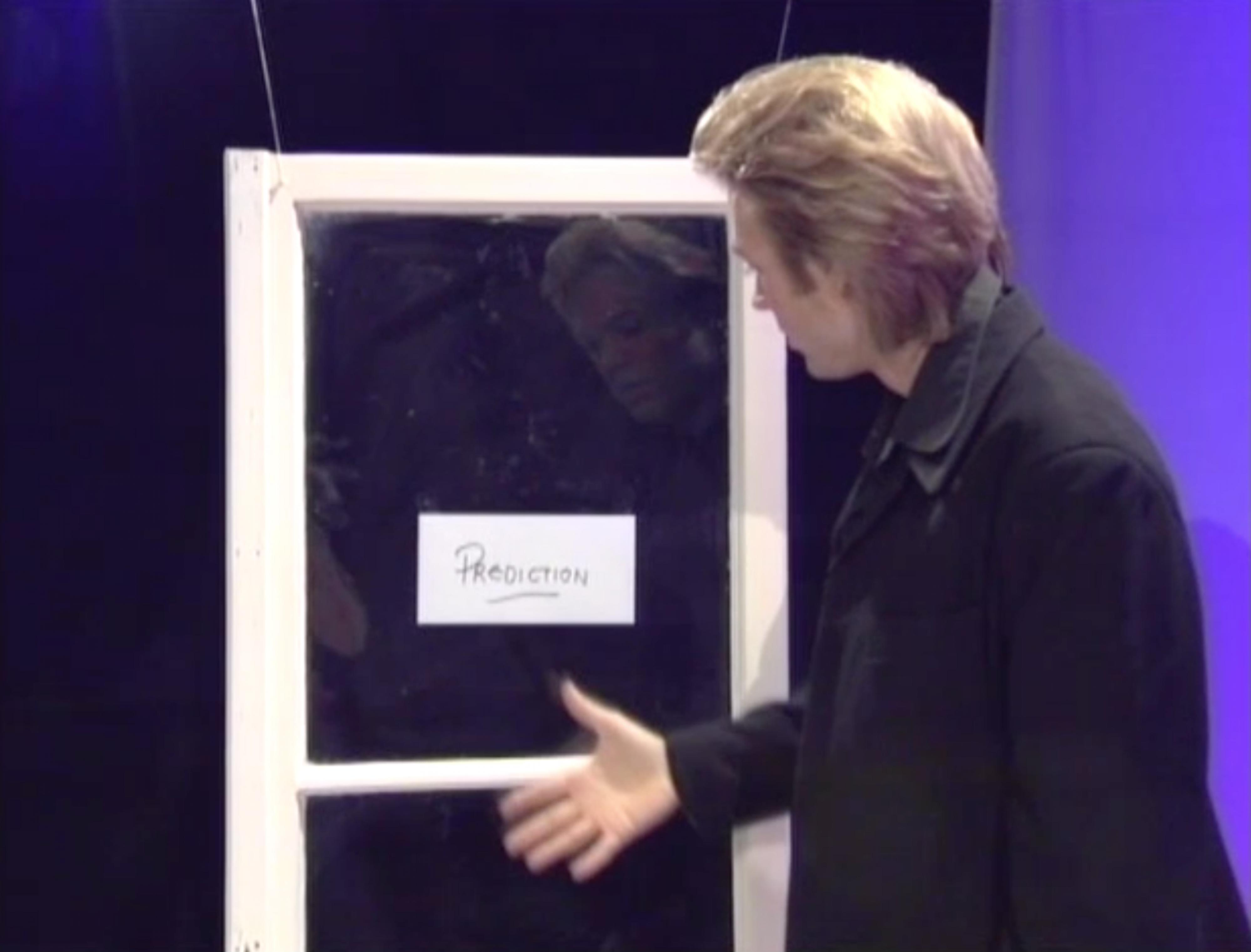 Learn how to throw objects through closed windows without breaking either... Join world champion magician Peter Marvey on the streets and on TV to study every aspect of this mind blowing miracle. Witness the first and original Card Thru Window that inspired countless others straight from the inventor's mind.

Objects visibly jump through any window or simply appear outside, tightly taped to the glass.

A random spectator selects an object which is then marked so as to make sure no switches take place.
The object then visibly jumps through the glass of a closed window and is found to be safely taped to the outside! Another spectator opens the window, peels the object off, and inspects the mark -all without the magician's ado.

Works with photos, post cards, predictions, envelopes, business cards, rings, coins, bills, CDs etc. If can be taped to a window it can jump through it. The limit is your imagination...and the presence of a window...

About the author and star of this instructional gem

World Champion magician Peter Marvey has all the awards to prove his outstanding creativity: From the Magic Oscars (FISM) to Monte Carlo's Golden Wand there isn't a trophy this Nordic merlin hasn't garnered. Between sold out world tours and record breaking TV specials he's a sought after advisor to the magic gliterati and most notably collaborated with Siegfried & Roy on their farewell spectacular. His ground breaking patents on free-flight-illusions have revolutionized the art form of magic to degrees believed to be impossible.

Behind Marvey's prince-like magician-looks lays an ingenious inventor with a brilliant sense of humor not often highlighted in his performances. This video shines a heavy light on that personable facet; You get to meet the seldom-seen Marvey behind the Marvey only to conclude that you've learned a mind-boggling effect but also met a funny man who -surprise- is a fantastic educator to boot.

After a rambunctous action intro in which Marvey escapes from Paparazzi after throwing cards through windows he settles in a TV studio to teach you every aspect of his invention. Interspersed with wacky visual gags and hilarious ideas you'll witness one of the most thorough and professional educational magic videos ever to be produced. In fact, it spawned a barrage of copycat "Card Thru Window" videos that has yet to stop...

The story behind Peter Marvey's Card Thru Window

The video was part of a luxurious box set accompanied by all kinds of paraphernalia to perform this effect. A few years later just about all ingredients to follow along with this video can be found at home or obtained at the corner store. As such Hottrix decided to save a tree and make the video available via direct streaming.